Modes and functions of the ventilator 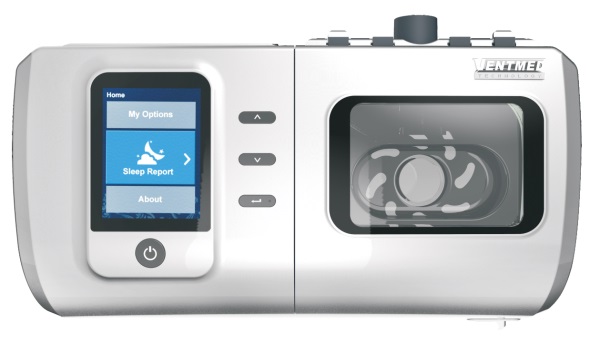 （4） IMV and IMV / SIMV 1. IMV: there is no synchronization device, the ventilator supply does not need the patient's spontaneous breathing trigger, and the time of each supply in the respiratory cycle is not constant. 2. SIMV: it has a synchronous device. The ventilator gives the patient mandatory respiration according to the designed respiratory parameters in each minute. The patient can breathe autonomously without the influence of the ventilator. 3. Advantages: give full play to the ability of self-regulation of respiration in offline; have less influence on circulation and lung than IPPV; reduce the use of seismostatic medicine to a certain extent. 4. Application: it is generally considered to be used when offline. When R < 5 times / min, it still keeps a good oxygenation state. Offline can be considered, and PSV is generally added to avoid respiratory muscle fatigue.

（6） Pressure support ventilation (PSV) 1. Definition: under the premise of autonomous breathing, each inhale receives a certain level of pressure support, increasing the inhaled depth and amount of gas. 2. Working principle: the inspiratory pressure starts with the patient's inspiratory action and ends with the decrease of inspiratory flow rate to a certain extent or the patient's efforts to exhale. Compared with IPPV, the support pressure is constant and regulated by the feedback of suction flow rate; compared with SIMV, each suction can be supported by pressure, but the support level can be set according to different needs. 3. Application: SIMV + PSV: used for preparation before taking off line, which can reduce respiratory work and oxygen consumption 4. Indications: exercise ventilator; preparation before taking off line; ventilator weakness caused by various reasons; abnormal respiration caused by severe flail chest. 5. Precautions: generally not used alone, insufficient or excessive ventilation will occur.

（2）Positive end expiratory pressure ventilation 1. At the end of expiratory, the airway pressure did not drop less than 0, and still maintained a certain level of positive pressure. 2. Clinical application: it is suitable for hypoxemia caused by intrapulmonary shunt, such as ARDS 3. The mechanism of peep to correct ARDS (1) to reduce alveolar collapse and intrapulmonary shunt, correct hypoxemia caused by intrapulmonary shunt (2) to reduce alveolar collapse and increase FRC, which is conducive to the full exchange of gas on both sides of alveolar capillary. (3) The increase of alveoli pressure is beneficial to the diffusion of oxygen to capillaries. The alveoli are always in the state of expansion, which can increase the diffusion area of alveoli. (4) The increase of alveolar inflation can increase lung compliance and reduce respiratory work.

5． Selection of the best PEEP: under the premise of maintaining FiO2 <60%, the minimum PEEP level of PaO2> 60mmHg can be achieved. 6. Endogenous PEEP: due to short expiration time or high respiratory resistance, gas retention in the alveoli can cause alveolar pressure to maintain positive pressure throughout the expiration cycle, which is equivalent to the effect of PEEP, which can be caused by disease or by Application of artificial respirator. (3) Prolonged exhalation and end-expiratory breath hold: suitable for patients with COPD and carbon dioxide retention. (4) Sigh: 1-3 deep breaths equivalent to 1.5 times to 2 times the tidal volume in every 50 to 100 breathing cycles. In order to periodically expand the alveoli at the bottom of the lungs that are prone to collapse, improve the timing of Gas exchange prevents atelectasis. (5) Inverse specific ventilation (IRV) Advantages: Extending the inspiratory time is conducive to the diffusion and distribution of the gas, and is conducive to correcting hypoxia. 2. Disadvantages: Large disturbance to the circulation and large barotrauma to the lung tissue.